Guess which meats might be showing up in your burger? 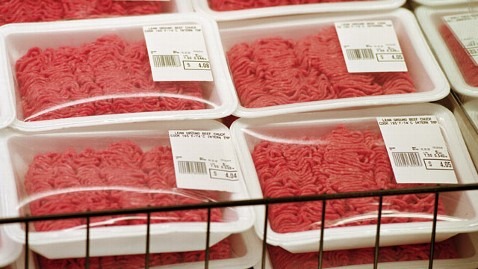 If you’re health conscious clean eater, you probably tend to be a label reader. When purchasing ground meat you always look for the organic and/or grass fed label. You might also look for antibiotic free meat as well. And since you’re paying more for those products you probably assume that what it states on the package is actually the same as what’s in the package. Well hold on just a minute my carnivorous friend. According to the results of two recent studies, you may actually be buying ground horsemeat or even beaver.

The results of two studies from Chapman University’s Food Science Program will be published in January 2016 in Food Control journal. Read more about the studies here. Scientists conducted DNA testing and other studies on samples of a variety of ground meats (such as turkey, pork, chicken and beef) at grocery stores as well as specialty game meat sold online such as bison, pheasant and bear. 20% of the time the label on the package did not match what was inside. Of the 48 fresh and frozen samples of meats sold at grocery stores, 10 were mislabeled. Nine of the ten packages contained a mix of meat species, partly what it said on the label and partially some other animal. The tenth sample was from a completely different animal than what the label stated.

Some of this may be unintentional. It may be coming from the meatpacking plant when the meat is getting processed. If, for example, a processor handles chicken, meat and turkey and doesn’t clean the equipment properly, the DNA of one animal can end up in the packaging for another animal.

The researchers speculated that lower cost species are being intentionally mixed with those that are more expensive in order to increase profits. Obviously, this raises some serious ethical concerns considering the specialty game meat market is $39 billion industry in the US.

Speaking of game meats, the second study tested 54 samples of packages of specialty game meats purchased online. Of the 54 packages, 10 were mislabeled. One bundle of black bear burgers turned out to be beaver, two packages of bison burgers and one package of yak burgers were just cattle. A container labeled as pheasant was found to be helmeted guinea fowl.

As if this isn’t troubling enough, the researchers also found two of the ground meat samples contained horsemeat, which is illegal to sell in the US. Although Europe continues to conduct extensive meat species testing, there has been limited research done in the US. These studies are yet another red flag regarding the cleanliness and safety of meat producers in the US.

The best way to avoid this problem is to buy locally raised meat. To keep yourself and your family in optimal health, it’s important to know exactly where your meat comes from.